From those days to these, many things have changed. As a modern man, you're more likely to use a computer than a rock for your daily living, for example. But some things haven't changed at all. Basic human anatomy, for instance, remains much the same.


And one rule hasn't changed:


Some things should stay covered. Others need more breathing room.


Let's look at 5 reasons boxers are the best underwear for modern men:

Whatever kind of underwear you choose — boxers, briefs, trunks, or a hybrid — it beats wearing a pelt around your parts to hunt in. At least, we think so. 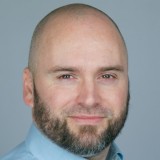 Should you work from home after COVID? 5 Ways to Tell

Best boxer shorts if you are working from home!

Do Your Boxers Make the Cut?

Be the first to know about upcoming sales and promos. Get a 10% discount coupon when you subscribe!

Undies in your inbox

Sign up for articles on work and play, new product releases, and 10% off your next order.